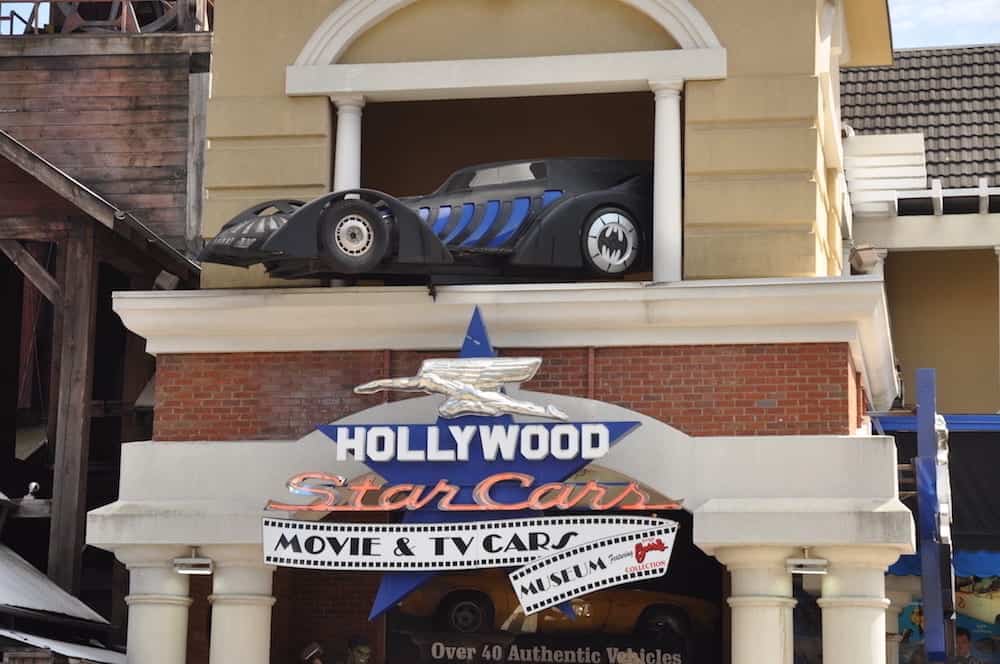 No trip to Gatlinburg, TN is complete without a visit to the Hollywood Star Cars Museum! Located right on the Parkway, this unique attraction is home to some of the most famous cars to ever grace the silver and small screens. Guests will even have the chance to purchase a souvenir photo taken in one of their favorite vehicles. To help you prepare for your next vacation, The Appy Lodge has put together a guide to five famous cars that are typically on display at the Gatlinburg Hollywood Star Cars Museum.

The Batmobile is, of course, Batman’s favorite way to get around Gotham City. This iconic car was created in just three weeks by legendary auto customizer George Barris for the 1966 Batman TV show starring Adam West. Barris transformed a 1955 Ford Lincoln Futura concept car into Bruce Wayne’s vehicle of choice by adding fins in the rear, making the front of the car resemble a bat’s face, and adding all of Batman’s famous gadgets. The Star Cars Museum is also home to the Batmobile from the 1992 film Batman Returns, which starred Michael Keaton. In the beloved movie Back to the Future, Doc Brown converts a DeLorean DMC-12 into a time machine. The DeLorean is famous for its gullwing doors, which are hinged to the roof rather than the sides. There is no word if the Star Cars Museum’s DeLorean has a working flux capacitor (the device that makes time travel possible)!

Herbie is a 1963 Volkswagen Beetle with a mind of his own. Known as “the Love Bug,” Herbie can drive himself and displays plenty of personality. With his red, white, and blue racing stripes and signature #53, Herbie is instantly recognizable. The sentient car has appeared in a number of films, including The Love Bug, Herbie Rides Again, and Herbie: Fully Loaded. Fred Flintstone’s car was the pinnacle of Stone Age technology: made from wood, stone, animal skins, and powered by the passengers’ feet! The iconic car from the cartoon was brought to life for the 1994 live-action movie starring John Goodman. Unlike the other vehicles at the Star Cars Museum, photos taken inside the Flinstone-mobile are completely free.

When you stay at The Appy Lodge, you will be minutes away from the Gatlinburg Hollywood Star Cars Museum. Offering free parking, complimentary breakfast, indoor and outdoor pools, and walk-in showers, our hotel has everything you need for an unforgettable escape. To start planning your getaway, browse our selection of Gatlinburg hotel rooms!