Attracting over 2 million visitors each year, Cades Cove is the most popular section of the Great Smoky Mountains National Park. Located about an hour away from downtown Gatlinburg, TN, Cades Cove is famous for its well-preserved historic buildings, lovely mountain vistas, and unrivaled wildlife viewing. All of the valley’s major landmarks are conveniently located along an 11-mile loop road, which makes the Cove ideal for auto touring.

To help you prepare for your next vacation, The Appy Lodge has put together a few fun facts about Cades Cove that you probably didn’t know.

1. Cades Cove is Named After a Cherokee Chief

Cades Cove takes its name from Chief Kade, a Cherokee leader who was active in the area in the late 1700s and early 1800s. Not much is known about Chief Kade, although his existence was confirmed by Peter Snider, a European trader who lived in nearby Tuckaleechee Cove. Abrams Creek, which is located inside Cades Cove, was also named after a local chief, Abraham of Chilhowee. Although white settlers called the valley Cades Cove, the Cherokee referred to their settlement in the area as “Tsiya’hi,” which translates to “Otter Place.” Otter were once plentiful in the Smokies, but they were trapped to the point of local extinction by 1936. Fortunately, the National Park Service was able to successfully reintroduce otters back into the region from 1986 – 1994. Today, visitors to Cades Cove can see otters in Abrams Creek, which is located along the trail to Abrams Falls.

3. There Were No Major Cherokee Settlements in Cades Cove

Although the Cherokee did establish a village in Cades Cove, the Tsiya’hi settlement was probably just a seasonal hunting camp. According to the National Park Service, archeologists have not found evidence of any major Cherokee settlements in the valley. Cades Cove’s first Euro-American settlers arrived in 1818, and in the following year, The Treaty of Calhoun ended all Cherokee claims to the Smoky Mountains.

4. Cades Cove Has The Only Working Grist Mill on the Tennessee Side of the Smokies Constructed in 1868, the John Cable Grist Mill in Cades Cove is still in operation today! Volunteers typically staff the grist mill from April through October to demonstrate how corn and wheat are ground into flour. Cades Cove once had six or seven grist mills, but the John Cable Mill is the only one that remains, having been rebuilt by the Civilian Conservation Corps in the early 1930s.

5. Some of the Valleys’ Historic Buildings Have Been Moved

Many of the buildings surrounding the John Cable Grist Mill were moved from elsewhere in Cades Cove, including a chicken coop, carriage house, barn, molasses still, and a sorghum press. The National Park Service also built a replica of a traditional blacksmith shop that used to exist in the valley.

Where to Stay Near Cades Cove Now that you know all about Cades Cove, it’s time to start planning your getaway in the Smokies! Located right on the Parkway in Gatlinburg, The Appy Lodge is just steps away from all of the wonderful attractions, restaurants, and shops on The Strip. Offering free parking, indoor and outdoor pools, complimentary breakfast, and walk-in showers, our hotel has everything you need for an incredible vacation. To schedule your escape, browse our selection of Gatlinburg hotel rooms! 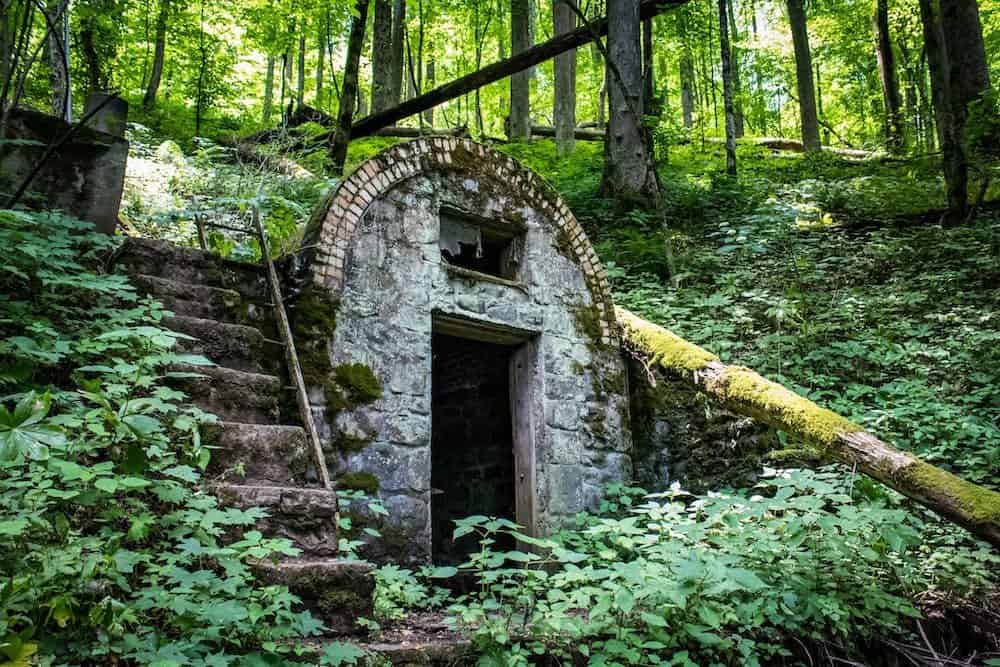